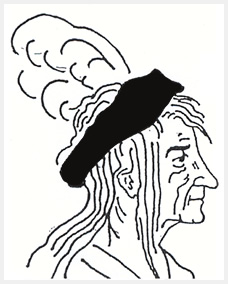 When the Seminole Wars began, Abiaka was already a respected medicine man of the Mikasuki tribe. By the time the wars ended, he had helped guide the Seminole through nearly five decades of war. Called both Sam Jones and “The Devil” by the American soldiers; he was a medicine man, a warrior, a spy, a strategist, and a leader. His voice was the strongest in opposing removal, and when American leaders talked about forcing the Seminole to leave Florida, the words “Sam Jones and his group will never agree to leave” were a constant. During the wars he regularly stayed away from negotiations with the American military, instead sending trusted lieutenants such as Coacoochee and Osceola in his stead. He would then go into the American camps as a fishermen selling his catch, observing and learning all that he could while being comfortably overlooked. At the end of the wars, Abiaka led the last Seminole remaining in Florida into the deep wetlands, far away from American forces and settlers. The Seminole Tribe of Florida survives today because of him. 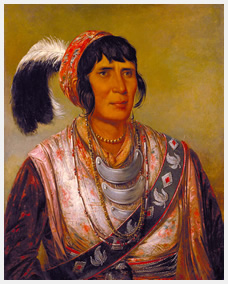 Born to a Creek mother and a white father, Osceola’s family joined the Seminole following the Creek Civil War. His skill as a speaker, prowess in battle, and staunch opposition to removal, led him to becoming a prominent warrior, and he often acted as a spokesmen for Abiaka. Though he was never a Tribal leader, his skill and charisma quickly made him the most famous Seminole outside the Tribe. When the war began, he was given the task of killing Wiley Thompson, the man in charge of Indian Removal who had previously had Osceola thrown in prison. Osceola’s attack on Fort King was swift and calculated, and brought him to the American People’s attention. He would then go on to lead parties in several major battles.

Osceola and Coacoochee were captured under a controversial flag of truce, a betrayal that remains one of the blackest marks in American military history. He was taken from Florida, and died in prison in South Carolina. The dishonorable nature of his capture and his subsequent death turned many Americans against the long war.

Alligator served the Tribe as a leader, a strategist, and a diplomat during the Seminole wars. He saw many of the fiercest battles in the wars, including the Dade Battle, the Battle of the Withlacoochee River, and the Battle of Okeechobee. Attentive and charismatic, Alligator provided later historians with firsthand knowledge of the Wars from the Seminole perspective, accounts that often challenged the reports of the American officers. 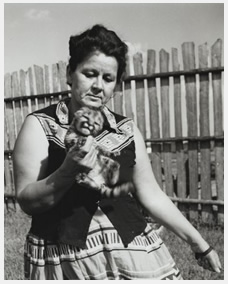 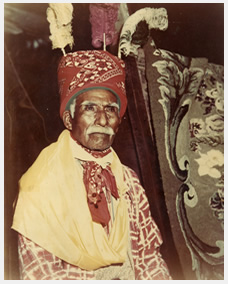 Billy Bowlegs III was an accomplished hunter, guide, storyteller, and historian who helped introduce Americans to the Seminole tribe and their story in the 20th century. Bowlegs passed down traditional cultural stories and skills to the children of the Brighton Reservation, but he became widely known outside the tribe, often appearing at important state events as a tribal representative. Through his close friend and fellow historian Albert DeVayne (who he referred to as a “blood brother”), Bowlegs was able to share the Seminole story. 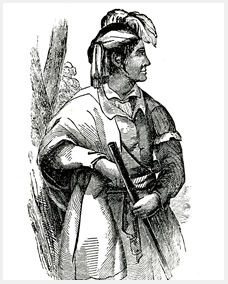 Renowned for his strategic ability and combat prowess, Coacoochee (known to Americans as Wild Cat), was a front line leader during the Seminole Wars. He was responsible for planning many of the Seminole victories during the wars, and American officers described him as “the most dangerous chieftain in the field.” Coacochee often worked with Abiaka, and with his childhood friend Osceola. The American leadership resorted to capturing Coacoochee and Osceola under a flag of truce, yet Coacoochee famously escaped from the prison at Fort Marion and continued to lead his people. Eventually forced to Oklahoma, Coacoochee worked to better conditions on the reservation, journeying to Washington DC to negotiate with congress. With no aid in site, he led roughly two hundred followers south to Mexico, where he negotiated a place for his people along the border, receiving the rank of Colonel in the Mexican army. 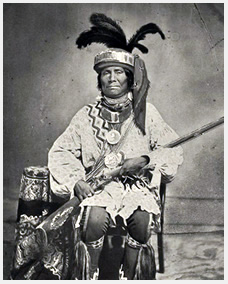 Billy Bowlegs led the Seminole Tribe through the last days of the Seminole struggle against removal. A veteran of the Florida War, he worked tirelessly to demonstrate that the Seminole and Americans could live peacefully together in Florida. Despite his efforts, the continued push for Indian removal drew him back to the battlefield and open conflict. Bowlegs eventually left with the last group of Seminole removed from Florida in what would be the last voyage of Indian removal east of the Mississippi. When the American Civil War broke out, Bowlegs again led the tribe in war, this time alongside the Union army.

Jumper, originally a member of the Muscogee Creek, came to the Seminole with many of his people as a veteran of the Red Stick Rebellion, the Creek Civil War. His experience and level head led him to become one of the most trusted military leaders during the Seminole Wars. 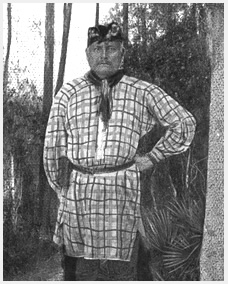 Thlocklo Tustenuggee was a leader of the Cow Creek band of Seminole in the late 1800s. A veteran of the Seminole Wars, Tom Tiger helped keep the Seminole who remained in Florida alive and together, while also establishing friendly trade and relations with the settlers of Florida. He became a known and welcome figure in Okeechobee. He once lent a settler his horse, and when the man stole it, Tom Tiger became the first Seminole to take an American to court. A startling event took Tom Tiger’s life, when he was struck by lightning while making a canoe. He was buried with his final work, but continued to make history. A charlatan claiming to be an anthropologist with the Smithsonian located and stole his remains, leading to outrage within the tribe. Federal investigators eventually found and arrested the thief, leading to one of the first acts repatriations of stolen Indian remains.